Our teachers are highly trained and experienced to provide you and your child with an outstanding learning experience. For us, the best element of our job is that we get to play a special part in your child’s development and watch them learn, grow and create.

Vanessa has a B.Ed () – Bachelor of Education with a major in Music and has spent several years teaching classroom music in high schools and primary schools in London. Vanessa is an accomplished pianist and flute player and has achieved an ATCL level in performance.

While studying an honours degree in Music Education, with a focus on neural research on children’s intellect and cognitive function, she discovered that music is especially powerful in shaping a child’s interests and abilities in the preschool years. Opening Hive, a creative learning studio for local families, was a natural step in her desire to give children the opportunity to develop the cognitive and musical skills that early childhood music training offers.

When she’s not buzzing at Hive, Vanessa spends her spare time being creative with cooking, baking, sewing and playing music with her kids Zara, Jayden and Brianna – they even have their own little family band!

Alex graduated from University in 2011. She was awarded first class honours with the university medal and faculty medal for her double degree in Primary Teaching and Arts, majoring in drama and music. Alex has also taken courses in acting and directing at NIDA and the Urdang academy in London.

Daughter of acclaimed Australian director, the late Victor Emeljanow, Alex has a vast range of experiences working in the entertainment and media industry as well as shadowing her father’s teachings her whole life. Her stage credits include playing Geain in Henceforward, Le Beau in As You Like It (both for the University of Newcastle) and Beauty and the Beast. Having spent many years working in London’s West End, Alex was theatre supervisor for The Lion King at the Lyceum Theatre, featured in the national touring production of The Mr Men and Little Miss Show and has performed in various Commedia Dell Arte troupes throughout London and Europe. In 2019, Alex debuted as a professional director for the Very Popular Theatre Company directing the award winning production of Endgame which received 8 CONDA Nominations, including Best Production and Best Director.

In media, Alex has produced for radio both in Australia and London, most notably working in radio production for Triple M and Hit106.9 here in Newcastle for 8 years. Alex is a passionate teaching artist and is currently Director of Drama for Star Struck as well as resident director for the Very Popular Theatre Company.

Amanda is a very talented singer, songwriter and performer, with numerous appearances on stage at local events, including the popular Speers Point Carols by Candlelight. Amanda is a qualified Early Childhood Music Teacher and has spent numerous years working with vocal groups, choirs and in performing arts.

With years of experience in teaching children both in Kindermusik classes and in private lessons, Amanda is a supportive, kind and inspiring teacher for our young bees.

Amanda’s cheerful, energetic and enthusiastic approach to our creative classes is contagious.

Charlotte De Wit is a local creative and theatre-maker. She has worked in the theatre community over the past 9 years in the roles of acting, directing, teaching, devising and producing.  Charlotte has trained as an actor locally as well as in New York and has worked extensively with the Hunter Drama Actors Company.

Charlotte is currently a co-artistic director of the Lowbrow Outfit which was created in 2017 and has two productions under its belt earning 14 CONDA nominations and 3 wins at the 2018 awards. She is also an associate director of The Very Popular Theatre Company.  Most recent credits include Punk Rock (2016) The Lieutenant of Inishmore (2017) Neighbourhood Watch (2018), Dali (2019) and Circle Mirror Transformation (2018).

Charlotte’s directing credits include Bugsy Malone (2013) and Lord of the Flies (2017).

As an artist, Charlotte enjoys combining storytelling with her art making through portraiture and figurative drawing, working in mediums of watercolor paints and pencils.  She loves to enable her students to find their individual style while working in a process-based approach. Charlotte also has a background in fashion illustration and design where she can explore her passion for colour and fashion.

With over 15 years experience teaching a variety of skills within the theatre realm including dance, drama, vocal and costume design, she has worked both on stage and behind the curtain with performers of all ages and has also worked with local primary and high schools preparing pieces for in-school performances and state showcases.

Having studied performing arts in Sydney full time, Lauren brought her skills back to her home town of Newcastle ready to share them with her students.

Lauren is a passionate teacher and performer who wants to share her love of theatre and help produce a platform for talented young people to create and grow.

Sophie’s love of the performing arts developed from a very young age. She began her dance training (RAD) at age 3 and later started training in singing. Sophie has been a Choreographer and featured performer for the City Of Newcastle Drama Association awards ceremony and the Department of Education’s Starstruck. She has also performed, assistant directed and choreographed numerous Newcastle shows. Sophie has a Cert 3 in Dance Teaching and has been teaching drama and musical theatre classes for the past 4 years. Natasha grew up “on the stage” surrounded by music, dance, art and theatre as her Mum – Melissa Saunders – ran choirs, musical theatre shows and drama groups and both her Mum and Dad taught piano and voice lessons.

Natasha is a qualified dance teacher, has performed in many musicals as an actress and singer, and she is a qualified Simply Music Piano teacher. A ‘natural’ teacher, Tash is a firm favourite amongst the Bee-School teachers with our littlest students and she has a beautiful way of engaging young children in meaningful learning through happy structured play experiences. Luke developed his love of Musical theatre while attending Hunter School of Performing arts.
A very active member of our local Newcastle Theatre scene, Luke has played many roles including “Captain Hook” in Hunter Drama’s production of Peter Pan, “Billy Flynn” in Chicago, “Cosmo Brown” in Singin’ in the Rain and “Cinderella’s Prince” in Into the Woods.

Luke has a natural rapport with children and gained his experience in teaching Musical Theatre while working at Hunter Drama. His aim is to share the skills he has learnt over years of performing and help the next little performers become their very best on and off the stage.

Melissa has a background and qualifications in early childhood teaching and music education – giving you and your child a complete educational and creative experience. Before joining the Hive, Melissa worked as an Early Childhood Teacher and Director and also as a Voice Teacher and Choir Director. Melissa’s skills extend to the stage as well, where she has many years of experience in writing, directing and producing musicals and dramatic theatre productions.

She’s also a singer and songwriter – you might just see her wowing audiences at live performances in local venues around Newcastle.

Melissa is a proud mum to Natasha and Daniel, who her passion for beautiful music and performance.

Melissa has a background in early childhood teaching, singing, acting and performing – bringing a complete educational and creative experience to her students.  Before joining Hive, Melissa taught in local preschools and performed in Musical Theatre shows.  With her expertise in Musical Theatre and she brings a vibrancy to all her classes that is infectious and engaging for kids and adults!

While living in South America, Melissa developed a love for the Spanish language and brings this same enthusiasm for language to her Spanish classes which are full of songs, games, stories and fun.

Melissa is a proud mum to Mollie who shares her passion for musical theatre and performing.

Rachel is a Hunter Valley based Artist and Illustrator working in pen, watercolour or coloured pencil (sometimes all three at once!) specialising in portraiture and botanicals.
With a background in fine arts and a Bachelor of Communication Design (RMIT) Rachel has been practicing for 6 years as an artist and designer and art Educator. Rachel enjoys helping children and young people discover and grow their own artistic talent, and brings an infectious enthusiasm for creating art into every classroom. Shannon Bellamy is a Natural History Illustrator and Artist working from Onwards Studio in Newcastle, Australia. Through her practice, Shannon explores her connection to nature, and the beauty and diversity of the natural world. Shannon specialises in highly detailed scientific illustrations, capturing the finer details and textures of her subjects.
Shannon is passionate about the environment and the potential for art to influence positive change. She is skilled in scientific illustration and botanical art, and is passionate about developing a career in textile design and children’s book illustration. Creating traditional and digital illustrations, Shannon most commonly works in pen and ink, graphite, watercolour and Photoshop. She enjoys photography in her spare time and experimenting with other mediums including gouache, acrylic, charcoal, sculpture and animation. Her favourite subjects include marine life, fungi and native Australian flora 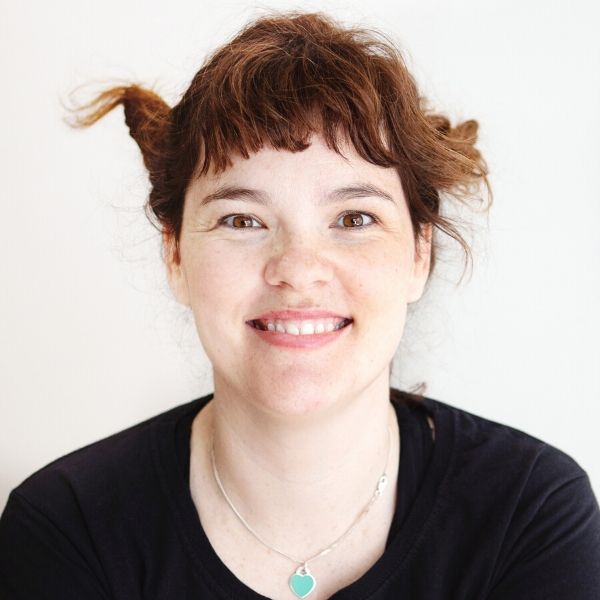 Hello! My name is Lee and you could say I wear many pants. Wife, mum, Artist, Graphic Designer / Art Director and published Children’s interior stylist.

I find inspiration for my art/design from all facets of life but mostly from the sheer beauty of kids and my fondness for all things that are colourful, fresh and fun. I am beyond passionate in helping the next generation of little humans find their creative spark by providing them the tools to create projects that push their capabilities so they are continually growing and developing.

Professionally, I have worked as an art director for over 9 years, and hold qualifications in graphic design and fashion design.

Hannah has a holistic approach to teaching piano and a high commitment to excellence in teaching. Hannah is in her 4th year of and works closely with each child to engage them in learning that develops their ear, their reading and their playing technique. She is skilled and qualified with AMEB examinations in classical and contemporary playing which makes her a great teacher for children as well as teenagers.

Hannah is passionate about nurturing creativity and skill in young children and she is very dedicated to her students.

Get to know Hive

Our 2 Week Trial Pass is the perfect way to find the right class fit for your child at Hive.

Keep up to date with the latest Hive news

We will never use your email to spam you, and you can unsubscribe at any time.

Alternatively: you can CHANGE your enrolment to any other Hive class / program if you are unsatisfied, with no notice period.